I don’t know that the performance of a single -lens camera will be highly performed so that I can take pictures that have not been taken or difficult to take. The Canon SLR mirrorless camera “EOS R5” and “EOS R6” announced on July 9 are also models with the world’s highest performance. Let’s look one by one.

EOS R5 is the flagship model of the EOS R series. Equipped with a newly developed about 45 million pixel full size CMOS sensor. The EOS series has an EOS 5DS R of about 50.6 million pixels, but the Canon says EOS R5 is “the highest resolution performance in EOS history”. Not only the resolution of the sensor, but also the high -resolution lens of the new generation, the 3rd place with the image engine Digic X, it is a model that pursues high image quality with all elements of resolution, noise, and optical characteristics. increase.

In photography, in the case of an electronic shutter that erases the shutter sound, the continuous shooting performance of up to 20 frames/second is achieved by following AF/AE. Even when using a mechanical shutter that is not affected by the rolling shutter, it is possible to shoot with up to 12 frames/seconds. It also has an HDR PQ recording function for handing out the finest professional single -lens reflex camera digital camera. It can be recorded almost the same color as when viewed by human eyes.

The optical correction technology that suppresses the aberration of the lens is also characterized by a clear resolution in the whole area and a surprising three -dimensional effect. The interesting thing about the correction function is the portrait reliting function. You can change the direction, strength and light range of lighting after shooting.

Auto focus supports AF shooting with open F22 that focuses on even extremely dark lenses. It also has the performance of -EV6.0, which is in focus even in dark places than the starry sky. Auto focus tracking power to people has also been greatly improved. In addition to pupil detection, the detection function of the head will steadily focus on a fast -moving athlete and a moving child, and will also detect dogs, cats and birds.

In terms of video performance, the point is that it can be taken with an ultra -high resolution of 8K 30p. Slow motion shooting with 4K 120fps is also possible. Wireless/wired LAN accessories with a dedicated optional vertical battery grip function can be used for high-speed data transfer even with Wi-Fi, strongly supporting the data management after shooting.

EOS R6 that can be a new era mirrorless reference

The EOS R6, which was announced at the same time as EOS R5, is a low -cost version of EOS R5 in a sense. That said, the big difference is very small. If you don’t shoot 8K videos, you’ll feel more attractive to EOS R6.

Different points 1, the sensor is about 20100,000 pixels. This is a tuning sensor developed for the high-end model EOS-1D X Mark III (actual price 880,000 yen) for EOS R6, which is currently the world’s highest level of dynamic range.

And the AF low-brightness focus limit is EV-6.5. It has a great feature of being strong in shooting in a darker scene than EOS R5. The video is up to 4K due to 크레이지슬롯 the resolution of the sensor, but it is possible to shoot at 60p. It also supports full HD120P shooting. It will be perfect at all.

There are no other LCD screens on the right shoulder (with mode dial instead), dual slots have differences in only SD, but high -speed continuous shooting performance, camera shake correction performance, person and animal detection function, etc. are the same. 。 Still, the price is 3005,000 yen for the expected actual selling price.

It must be expensive, but considering the performance, this is a bargain price. 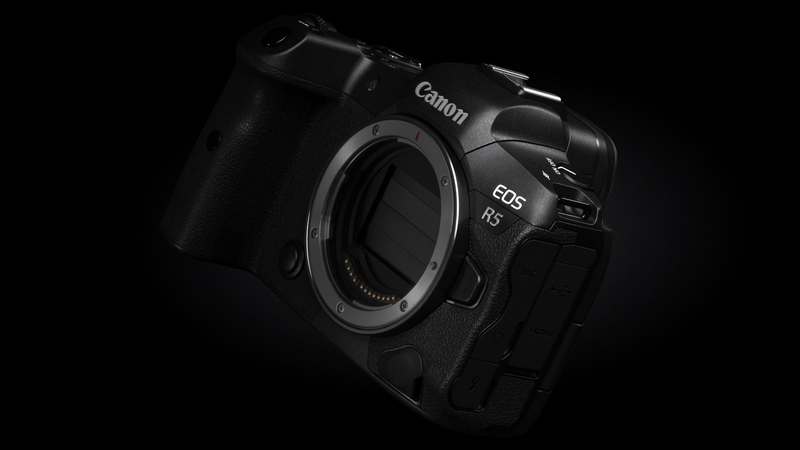 Depending on the point of view, some say, “The remove memory card market, widely known for foam factors such as SD and 온라인바카라 compact flash, is currently sluggish.” In some applications, built -in options and small form factors SSDs are now selected as memory solutions with the performance corresponding to the increased data use. Many consumer devices are now equipped with sufficient storage performance with UFS standards and multi -chip packages (UMCP), which enables combination of flash storage and DRAM. However, looking at the use case currently on the industrial / automotive market, it can be seen that the removable form factor is very effective in order to increase the capacity without disassembling the entire system. If you can easily replace the memory device, you can reliably reduce time and cost when the in -vehicle application occurs. This is especially useful when there is a possibility that the memory may have caused a system dysfunction. A good example is the recall of the TESLA vehicle that caused the flash memory to no longer function. At this time, the EMMC NAND flash memory device connected to the touch screen broke down, leading to a failure of the entire MCU (media control unit), and the access to the backup camera that is obliged by the federal government has been blocked. Above, it has affected any functions that operate via a touch screen, such as HVAC control and turnkers. Removable memory devices can easily swap out the affected devices. Micron Technology (Micron) seems to be bullish, saying that “SD card form factors can also support the complex memory / storage demand of intelligent edges and intelligent edges.” Micron is a sample shipment of the Microsd “I400” that realizes a 1.5TB (terabite) high -density at the “EMBEDDED WORLD 2022” built -in technology exhibition in Nuremberg, Germany (June 21-23, 2022). Announced that it has started. The target is targeted for the industrial -grade video security application, and it will have the company’s 176 -layer 3D NAND flash and a unique development function for industrial applications. Micron’s i400 allows you to perform 4K video recording and up to 8 AI (artificial intelligence) event processing at the same time, and can detect / classify objects such as license plate recognition and face authentication. 。 It is also possible to perform high -quality continuous recording for 24 hours and 365 days for five years.